Drafts is a quick-capture note-taking app for iPhone, iPad, Mac, and Apple Watch, focused on letting you get text out of your head and providing flexible ways of managing and acting on that text once you have captured it. Don’t have Drafts installed yet? Download it for free from the iOS App Store or Mac App Store.

When you first launch drafts, it opens ready for you to type so you can jot down your thoughts without fumbling around creating new documents, naming them, digging through folders, etc. Drafts is organized around three basic areas: 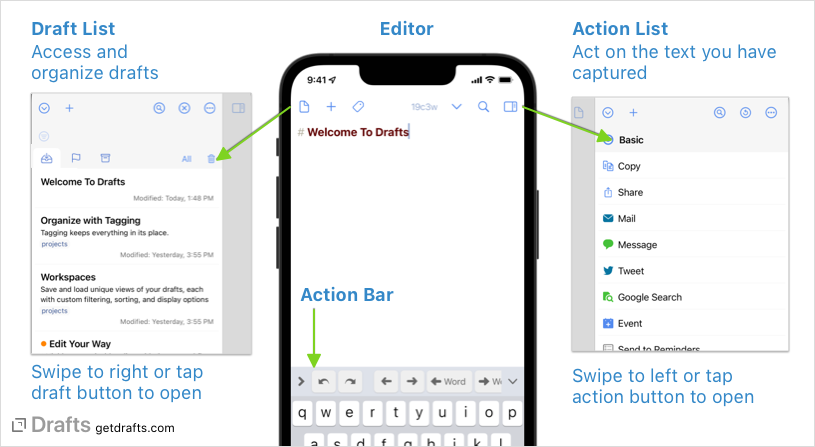 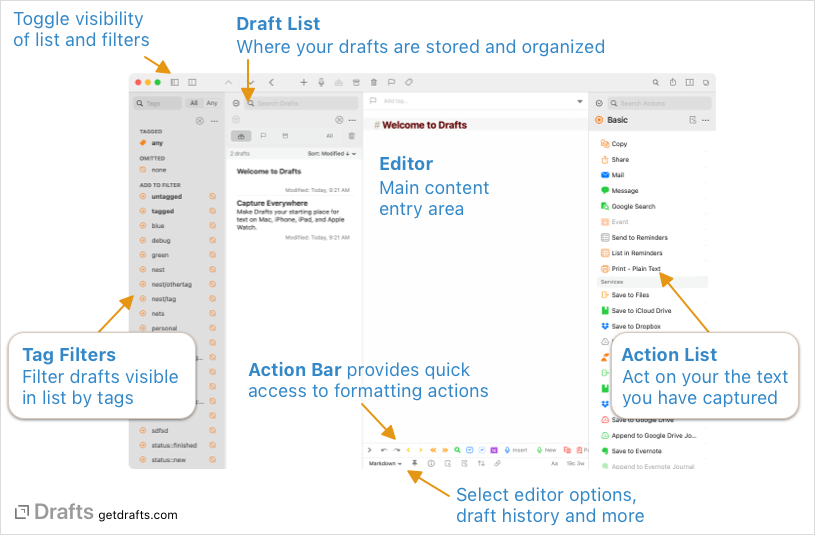 As mentioned above, Drafts launches ready to type. Opening the app and typing is likely the most common way to use Drafts, but is only the beginning. Drafts provides many ways to get text into the app and out of your head. A few ideas to explore:

In addition to this site, we provide a number of resources for learning about Drafts.