Backups are for more substantial data loss issues. If you simply need to revert to a previous version of a draft, you can likely do that simply by accessing its version history. If you accidently delete a draft, it will be in the Trash folder for 30 days.

If you have enabled iCloud Sync Drafts is always storing data in the cloud, which serves as a backup if you lose a device or similar, but this data only represents a snapshot of the current state of your Drafts data. Drafts can also create on-demand or automated periodic backups of drafts, action groups, and workspaces, and these backups can be imported back into Drafts if needed. 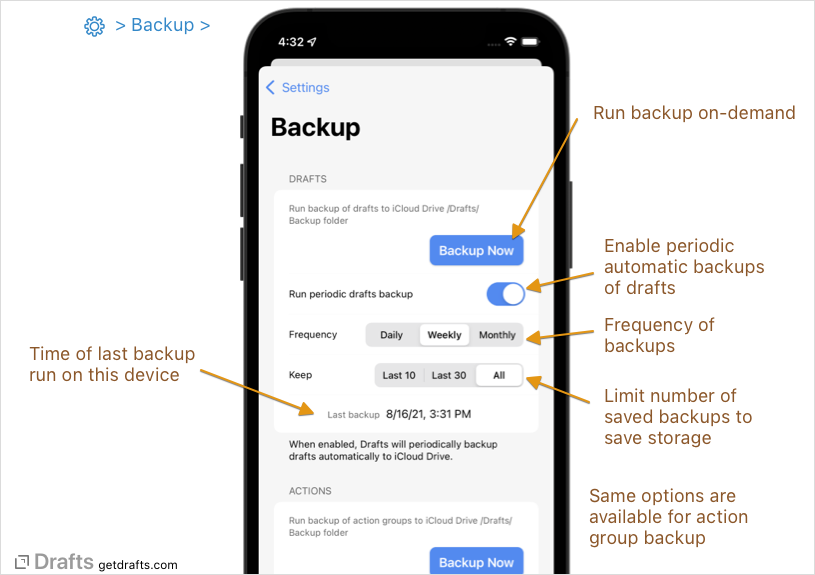 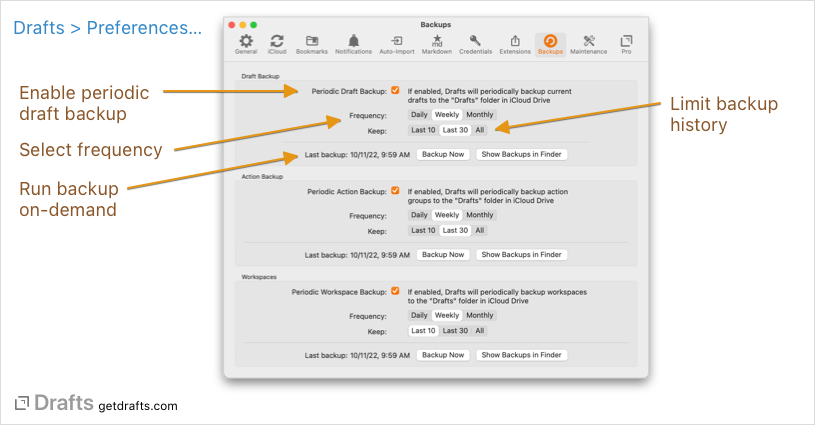 Use the “Backup Now” button to run immediate backups, or enable periodic backups and select an interval to automatically backup your data to the Drafts/Backups folder in your iCloud Drive.

If periodic backups are enabled, backups will be created in the background when the selected interval is exceeded for either drafts, action groups, or workspaces. Exactly when these backups will be run depends on how often you launch and use Drafts.

Backup settings also include options for how many backups you wish to keep. Drafts will automatically clean up older backups to avoid using too much storage if this option is enabled.

Backups are stored in files with the .draftsExport extension. Internally, the storage format in JSON, which can be used in other tools to work with backup files if needed.

Backup files can be reimported into Drafts. When importing a backup file, be sure to carefully select options in the import dialog to make sure the data is imported appropriately and you do not create duplicate data. 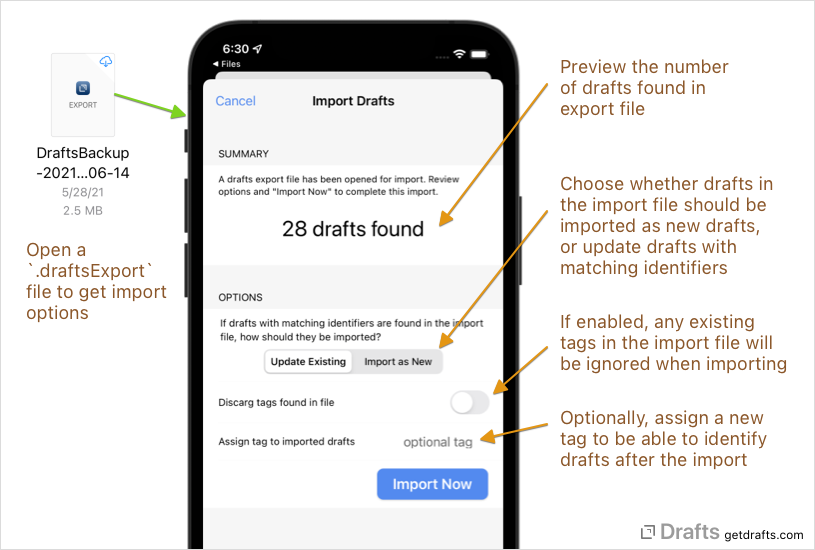 To restore a backup file:

You will be presented with an import options dialog, review these options before selecting “Import Now”: