Drafts automatically stores a version history of modifications to each draft. This history can be used to restore a draft to a past version, or simply to review changes. Version history is automatic, no setup is required.

There are several factors that determine exactly when versions are created, but typical at the end of edit sessions, and when loading a different draft in the editor, if the text of the draft has changed, a version will be created. 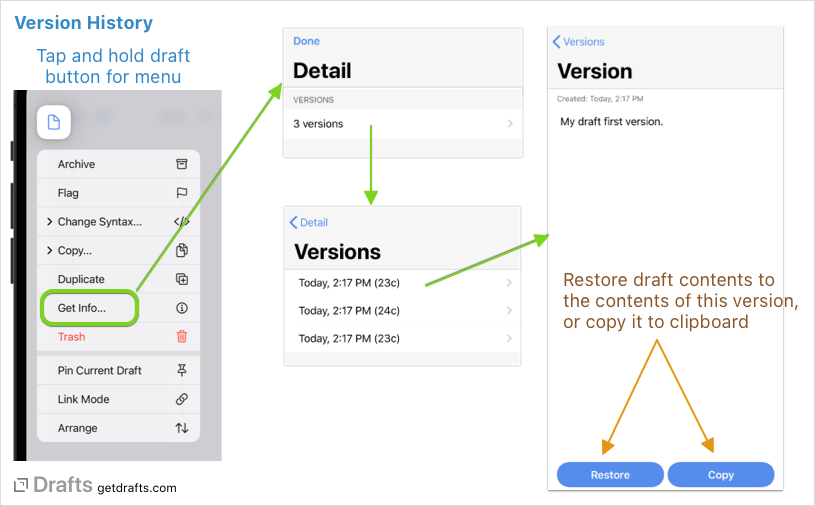 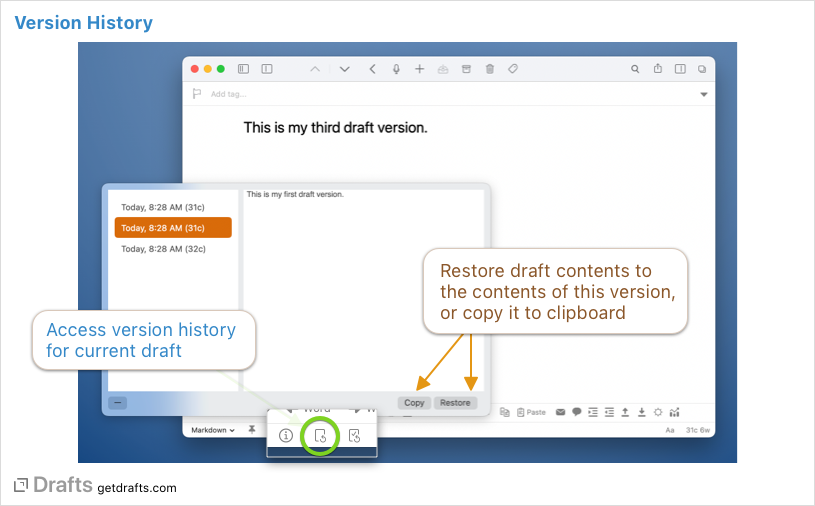 Each version can be viewed and buttons allow you to copy the content of the version to the clipboard, or restore the draft to that version’s content.

On macOS, there is a File > Save Version menu option to create a version. On iOS, this Save Version action can be installed to accomplish the same.