Actions are organized in action groups. At any time, a single action group is loaded into the action list, and one loaded as the active keyboard in the action bar. 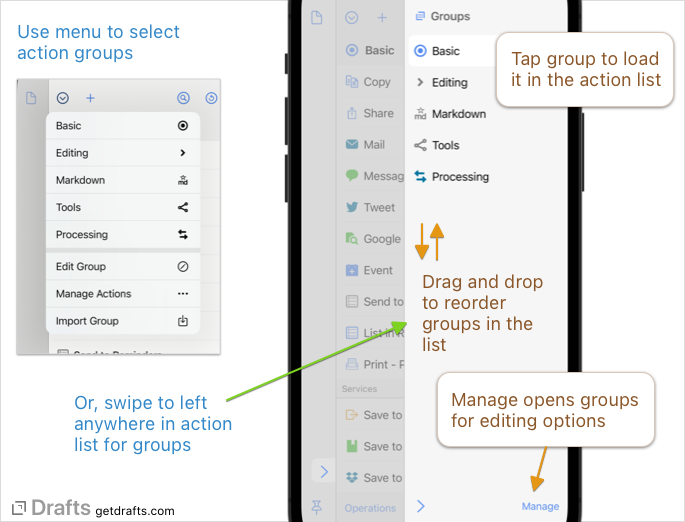 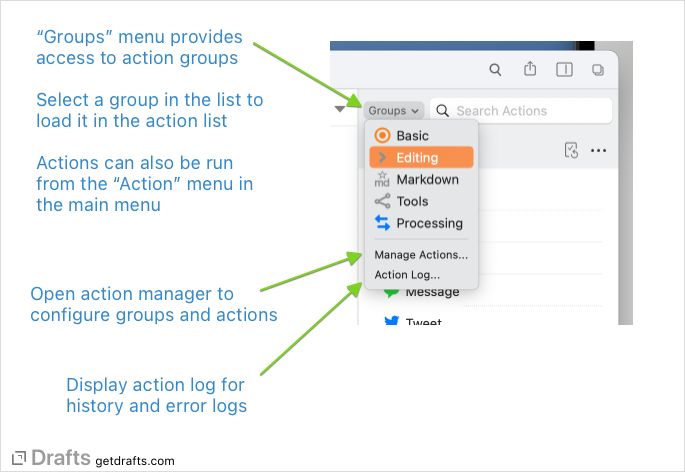 Some aspects of an action group can be modified directly in the action list when a group is loaded. Actions can be reordered by drag and drop and edited by swiping to the right on an action - but more detailed group editing is done in the group manager.

Select “Manage Group” from the selection menu to access the group manager. In the manage, new groups can be created and edited. 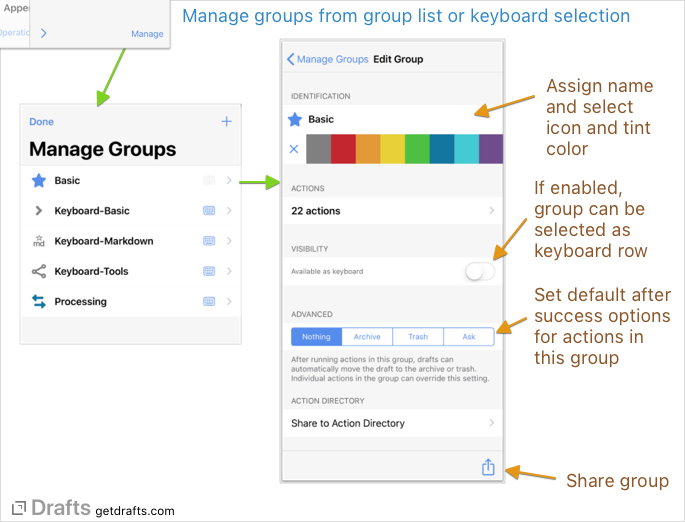 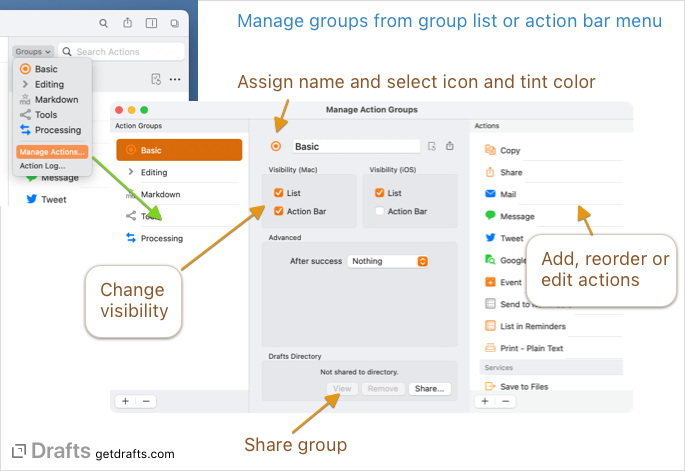 The first time Drafts is downloaded and installed, a set of default action groups are created and installed which provide examples of common, popular actions for a variety of services, apps, and editing tools.

If you make modifications to these groups, or discover later you might like to restore some default actions you previously deleted, the default groups - as well as the individual actions in them - can be restored by reinstalling the from the Action Directory.

The default groups can be found at these links: