To enable quick-capture, by default Drafts opens to a new, ready-to-edit draft. Drafts offers control over this behavior with the “New draft after” timeout setting, and pinning, which can temporarily disable new draft creation.

The new draft after timeout controls how long Drafts has to be idle before returning to the app will create a new draft. The setting can be set to as short as 30 seconds, as long as an hour, or disabled completely. This buffer allows you to jump between apps, copy and paste information, with current draft being changed, while still allowing the app to be ready for new content when you return after a longer period. What timeout works best varies depending on how you use the app and how often you return to existing drafts to update them. Pinning (details below) can be used to completely disable this timeout. 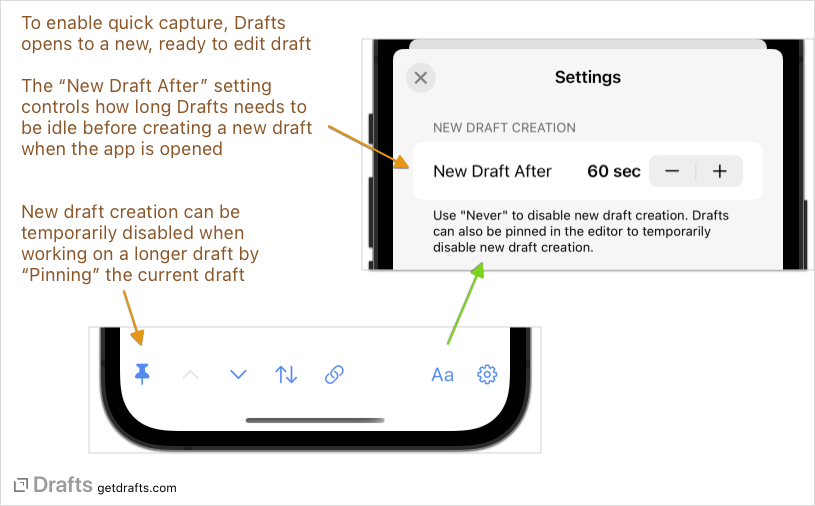 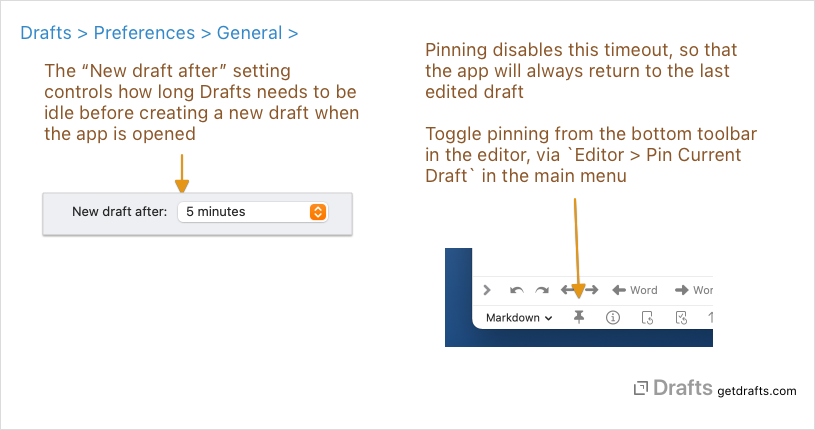 The new draft creation timeout can be temporarily disabled by pinning the current draft using the pin icon below the editor. If you are working on a specific draft for a longer period, this can be useful to ensure you always return to the last draft you were editing even when gone from the app for a longer period.